It’s 2021 and there’s no excuse for not backing up your photos anymore. With countless options for storing your photos and videos securely in the cloud, it can be overwhelming to know where to begin. Long gone are the days of memory sticks that are far too easily lost, or maxing out hard drives that could crash at any moment. The cloud – online storage – beats other options out of the park. And you can access your files from anywhere you connect to the internet!

There’s a whole host of factors that can impact your decision when choosing the best cloud storage solution for you, so why not investigate the additional perks of the top offerings out there? Whether it’s a productivity suite or top-notch organization features, cloud storage solutions don’t have to be about just storage alone.

Whether you’re a professional DSLR photographer or a family smartphone snapper, storing your photos online could not be easier. Undoubtedly you could also find use of the additional extras cloud storage solutions have to offer, especially when some are designed to combine all of the features you could possibly need in one accessible place. Here’s our suggestions for the best storage apps out there, and what extra perks they provide: 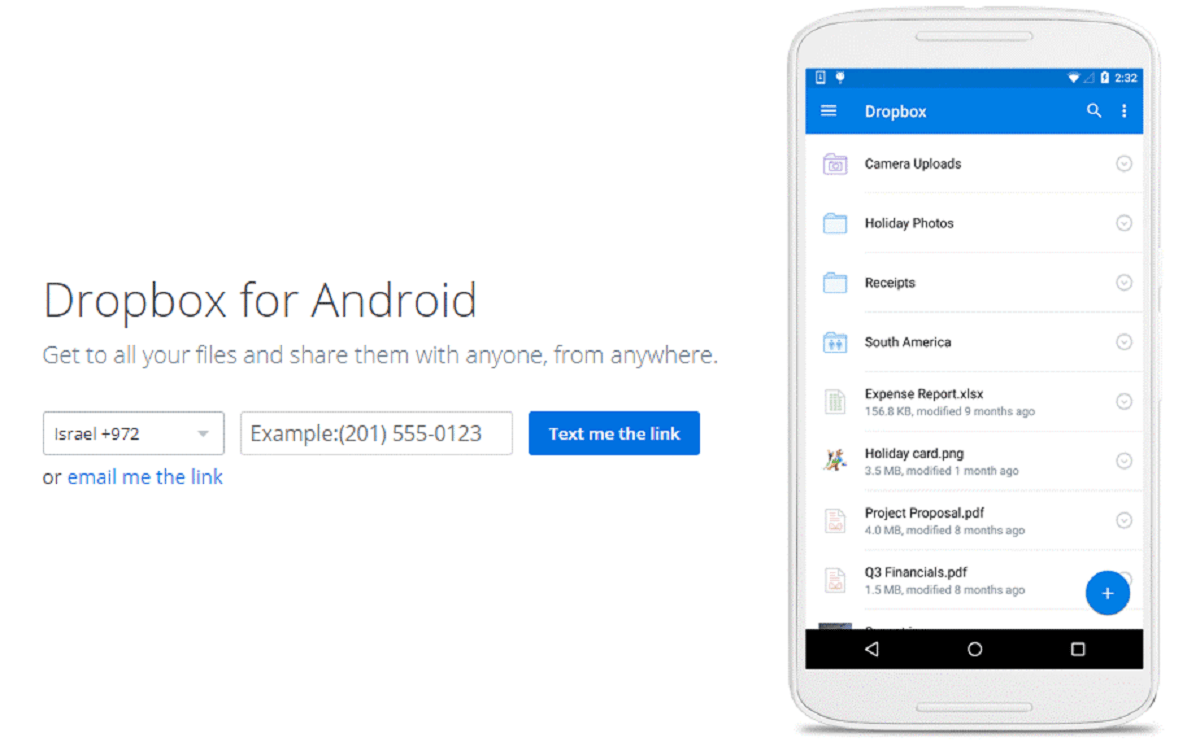 Perhaps one of the most iconic names in the cloud storage world, Dropbox is perfect for accessing files on the go with its Android and iOS storage app. If you’re looking for a seamless way to synchronize your photos and videos across devices, organize them into various folders, collaborate with friends and family, then Dropbox if your answer. All the while, their proven legacy can leave you safe in the knowledge that your content is secure.

But what does Dropbox offer beyond photo and video storage? Luckily for you, there’s plenty. We’ll be talking about Dropbox Plus here, but there are a variety of plans, including a free one, that offer numerous different features.

Firstly, anyone who cares about storing files online should also care about online security. In the digital era this has become just as important as the security of your physical possessions. After all, your data can be just as valuable. That’s why Dropbox’s range of online security features are so great. From Dropbox Passwords, that securely stores and syncs your passwords across devices for easy sign-in, to Dropbox Vault, that secures and organizes your most sensitive documents.

Dropbox Plus also privileges you with Dropbox Paper, where you and your team can create and share work in one seamless place, whether that’s videos or code. However, if that’s not enough, you can also use the “Plus” button to create new Microsoft Office files or scan documents directly from the Dropbox app on your phone.

As far as organization is concerned, Dropbox allows you to easily search the content of your files to find exactly what you’re looking for. Ever find yourself losing or forgetting about a particular photo, document or video? You can now leave that in the past. You can set your phone or tablet to automatically add your camera roll’s photos to Dropbox so you don’t even need to think about it, too.

The biggest advantage of Dropbox out of all of the listed offerings is that it is unaffiliated to any particular device, meaning it’s ideal for collaborating on both Microsoft Office or Google files. This makes it far better than its competitors for going between each service. For example, any Google file stored in your Dropbox will automatically open in the correct Google app when clicked. All changes to the document will be stored in Dropbox. The same applies to Microsoft files.

With Google, you know you can’t go wrong. Store your photos and videos in full resolution, an absolute essential if you’re working professionally, and know they’re securely protected. Google Drive allows you to store any file type, too.

Google Drive offers a generous amount of free storage, so if you’re just after somewhere to store and organize your cellphone snaps, then you’ve got more space to play with before you have to pay out.

In terms of extra perks, Google Drive also comes integrated with Google’s cloud-based productivity suite, including apps like Google Docs, Sheets and Slides. This allows you to work collaboratively on files and access them from any device anywhere, all while knowing they’re being backed-up in the cloud. 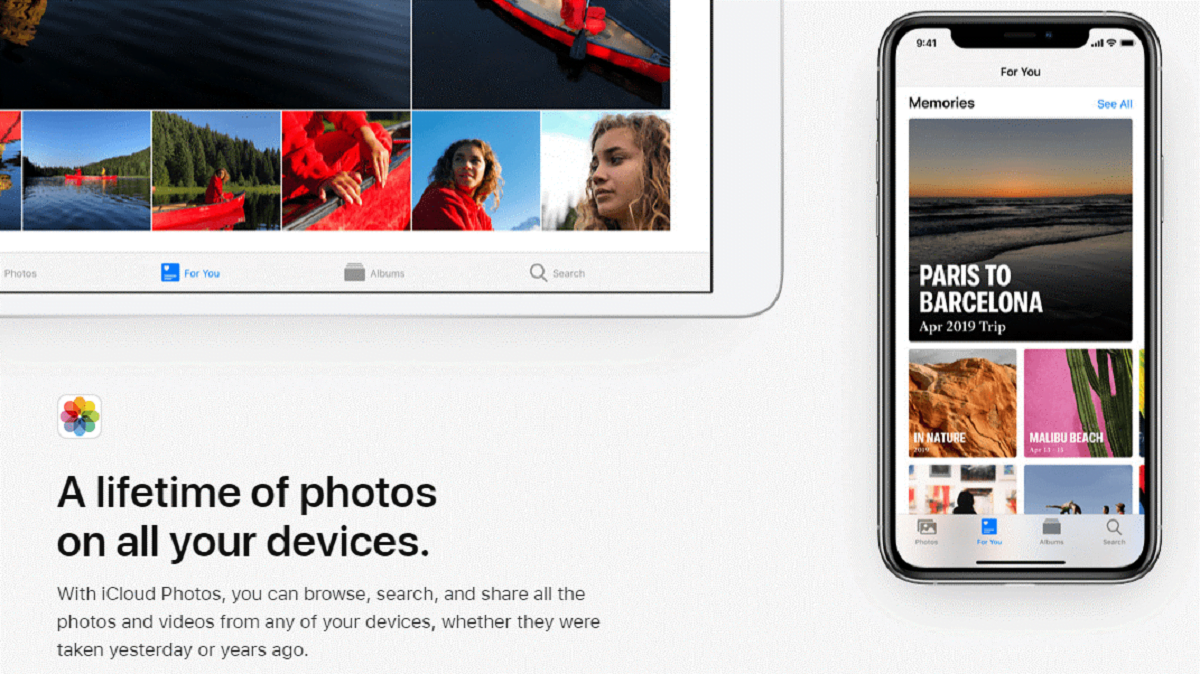 Unfortunately, iCloud is really only the best choice if you’re an iPhone and Mac user. That’s because the best part of iCloud is the automatic synchronization between Apple devices, and without that the value lessens.

With iCloud, you also gain access to productivity apps like Pages and Numbers, but these are not easily accessible for people without Apple devices, so it can be complicated to work from them if you work collaboratively. In a professional capacity, we don’t know many people who work with Pages or Numbers over their Google or Microsoft competitors.

It’s worth noting that if you do have an iPhone, you can send all photos on your device to iCloud automatically, so you don’t even have to think about the process.

Microsoft OneDrive gives you access to your photos and videos from anywhere and allows you to share them with friends and family. Got some photos of the kids you want to send to the grandkids? Or some group photos you want to share with friends? There’s no need to send them via a large email attachment, Microsoft OneDrive lets you send a link via text.

OneDrive also gives access to the Microsoft Office productivity suite, however the downside of working collaboratively with Microsoft Office is that it’s not free, so you’re dependent on the people you want to work with having paid for it too. On the flipside, Google’s productivity suite is free, as is Apple’s for any of their device owners, and Dropbox allows you to work with the free Google Drive.

A cool feature of Microsoft OneDrive is the ability to search for images by their content or theme. This is great for photographers out there who want an easy way to find particular shots from the past.

As far as space saving goes, OneDrive’s Files On-Demand features lets you store files online so that they don’t take up valuable space on your hard drive. When you click on an online-only file you can access from your device, but by clicking “free up space” it will restore to its online-only presence. While this is a great feature, it’s less advanced than Dropbox, which doesn’t require you to manually revert each file after you’ve accessed it from your device.

Although all of the above are legitimate options, Dropbox seems to have it all. Maybe it’s the fact that it doesn’t favor any particular device or operating system, and lets you work easily with both Microsoft and Google files. The freedom and ease this provides is invaluable when considering what extra features a cloud storage solution can offer you.