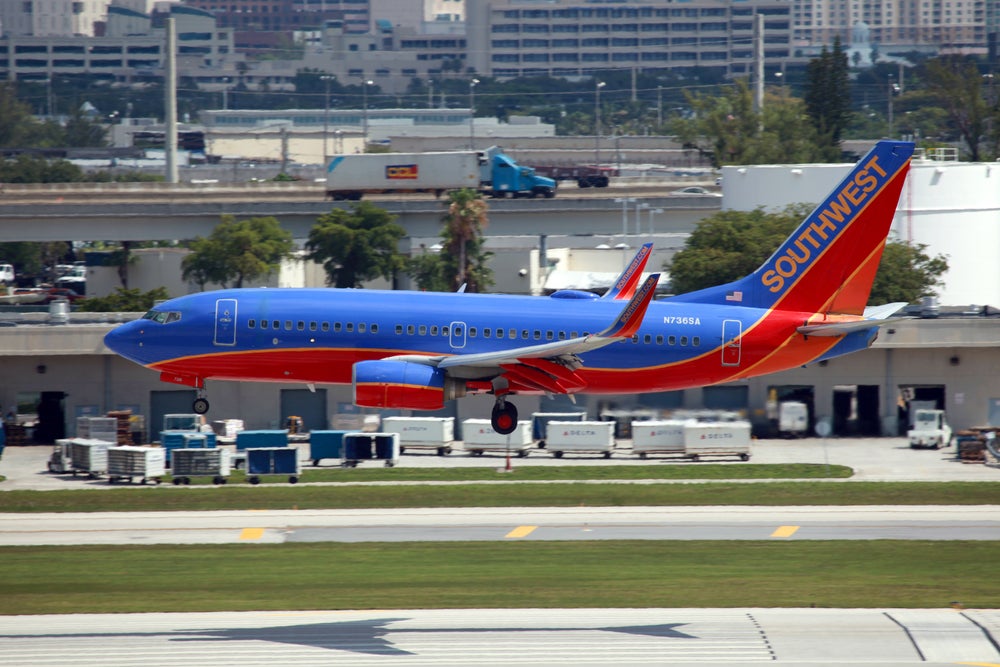 
This story originally appeared on MarketBeat

In its earnings release, Southwest noted that net income of $348 million was “driven by a $724 million offset of salaries, wages, and benefits expenses related to the receipt of Payroll Support Program (PSP) proceeds,” part of the federal CARES Act designed to help airlines keep employees on the books during the pandemic.

Excluding that item, the company reported a second-quarter loss of $0.35 per share.

Even so, the company’s metrics clearly show travel is on the rebound.

He added,” While the rapid ramp-up in June travel demand provided stability to our financial position, it has impacted our operations following a prolonged period of depressed demand due to the pandemic. Therefore, we are intensely focused on improving our operations as we restore our network to meet demand.”

While Southwest has noted an improvement in business travel revenue, vacationers are out in full force, driving the quarterly uptick.

Based on current bookings, Southwest expects leisure passenger traffic and fares this month to trend higher than in July 2019.

Rising fuel costs have been a headwind, and the company expects that to continue in the current quarter.

Nonetheless, Southwest guided toward profitability in the third and fourth quarters of this year, with the caveat that further Covid-driven economic slowdowns could affect business.

“Should the pandemic negatively affect our current trends, we are prepared to manage through it,” Kelly said.

The company is designating 55 aircraft to serving 18 new cities, as well as 37 aircraft to Hawaii by the end of this year. It’s also planning on committing more aircraft, including new planes, in 2022 to restore most pre-pandemic routes. Kelly said he anticipates that “2022 will be another transition year in the pandemic recovery.”

The company earned $0.03 per share on revenue of $7.48 billion, up 361% from the year-earlier quarter. Revenue beat forecasts. Adjusting for items such as the federal support, American reported a quarterly loss of $1.69 per share.

To meet the increased demand, both airlines are recalling flight crews and other employees who were on voluntary leave, and staffing up before holiday travel kicks in later this year.

Southwest shares have been correcting since mid-March. The stock attempted to fly above a buy point at $26.09, but couldn’t get any altitude above $26.04. That area just above $26 remains the level of resistance to clear, once a new uptrend gets underway.

Despite travel restrictions and general reluctance to fly since March 2020, Southwest is up 13.99% year-to-date and 58.03% over the past 12 months.

As a whole, airline industry stocks have essentially been in freefall since mid-March, around the same time Southwest began correcting. As a group, airline stocks have been trading lower for the past four months.

The top-performing airline, in terms of price appreciation, is Brazil-based Azul (NYSE: AZUL). The mid-cap is up 13.63% in the past three months, despite the same declining revenue and earnings found in the rest of its industry. It’s due to report quarterly results in two weeks.