U.S. SEC Chairman Gary Gensler spoke to a Senate Committee about the U.S. markets and listed several areas of focus with respect to the crypto markets. 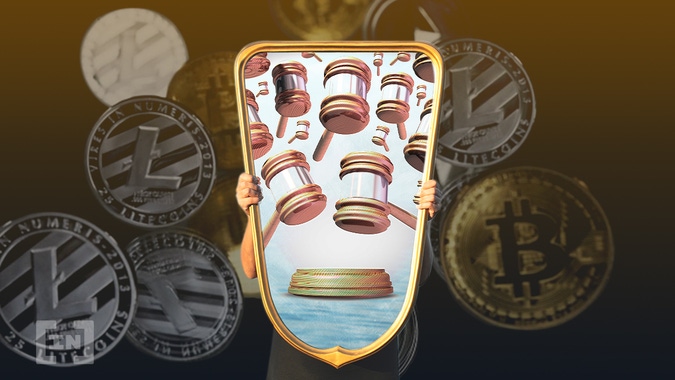 United States Securities and Exchange Commission (SEC) Chairman Gary Gensler, in a testimony before the U.S. Senate, offered some insight into how he envisions crypto regulations will look. Gensler included that most crypto platforms will need to register with the SEC.

Gensler says that his opinions are only that of his own and do not represent other members of the SEC. He opened his statement by saying that the U.S. holds an impressive 38% of the global capital markets, which cannot be taken for granted.

He then proceeded to list some broad themes which represent the SEC’s agenda, namely market structure, predictive data analytics, issues and issuer disclosure, and investment management. The SEC head also admitted that today’s regulation is not in keeping with the pace of technological development, indirectly pointing to the likes of Robinhood and other crypto trading platforms.

Under the market structure, Gensler also devoted some time to talking specifically about the crypto market. He believes that many participants are operating outside regulations that protect investors and guard against illicit financial activity.

Gensler also noted that the agency is working with the U.S. Commodity and Futures Trading Commission, the Federal Reserve, Department of Treasury, the Office of the Comptroller of the Currency, and other members of the President’s Working Group on Financial Markets. All of these groups have discussed cryptocurrency regulation.

He calls for platforms and projects to talk to the SEC and says that there could be several hundreds of tokens that likely qualify as securities. Lastly, he issued an ultimatum — these assets would have to register with the SEC if they are indeed securities.

The SEC Chairman spoke before the Senate Committee on Banking, Housing, and Urban Affairs, which has previously discussed the cryptocurrency market. The ranking member of the committee is Senator Pat Toomey — who recently showed support for the crypto market during the debate over crypto regulation in the infrastructure bill.

Gensler has called the crypto market a “Wild West” before, and he did again in his speech, emphasizing that the U.S. can do better. With investor protection and other gaps in mind, the SEC is focusing on the offer and sale of crypto assets, trading and lending platforms, stablecoins, investment vehicles like ETFs, and crypto asset custody.

The points made in Gensler’s testimony, the work put in by several regulatory bodies, and the general sentiment of regulators makes it clear that regulation is on the horizon.

This story was seen first on BeInCrypto